Letter from Jonathan: A Culture of Silence 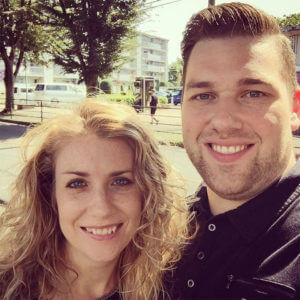 JAPAN — It’s a nation rich in beautiful expressions of culture that are unlike anything we had ever experienced. But with those wonderfully unique aspects of culture, there is something that casts a shadow over this country.

At first glance, it’s something that many visitors marvel at, passing it off as exceeding politeness. It’s a culture of silence, a silence that covers the country like a thick blanket, choking out the voice of truth. It’s extremely evident during morning commutes, as nearly complete silence envelopes a train where 300-400 people pack each car like sardines in a can.

As a byproduct of this silence, a wall stands between the people of Japan, preventing relational connections. This dynamic has made evangelism, for foreigners and Japanese alike, exceedingly difficult.

While Japanese are silently commuting to their jobs, most stare at their phones. In fact, they spend 3-5 hours a day on the internet.

Through the power of media and technology, we now have the opportunity to be a voice breaking through these walls of isolation. What an incredible platform with which to share Jesus!

In 2014, after working in many areas of church ministry, God called Melissa and me to Japan. Along with our two daughters, London and Finley, we are joining with AP Media to train, equip and empower Japanese churches to effectively do media ministry. Using the power of film, we look forward to telling stories which will reach the Japanese people with the love of Christ.

Thank you for interceding for the people of Japan and this new ministry opportunity, that God would send more indigenous media missionaries to help us accomplish this vision!